This page shows examples of specialty Domestic sewing machines attachments that were not part of the standard attachment sets. It is a work in progress, so check back for more info.

The chainstitch looper replaces the shuttle and enables the machine to make a chainstitch instead of a lock stitch. Domestic started advertising their machine as two machines in one because it could make a lock stitch and a chain stitch.

I have found three main versions of the Domestic chainstitch looper.

In order to use a chainstitch looper, you need three things:

** Note: Not all post-1891 fiddlebase machines and New Domestics came with this shuttle carrier. Despite all the "two machines in one" advertising, it was apparently an option. Also, it seems likely that earlier machines could have been retrofitted with the chainstitch shuttle carrier and needle plate.

Here are images of the three loopers.

As you can see, the 1891 and New Domestic versions are similar. The Domestic D version uses a completely different attachment mechanism. 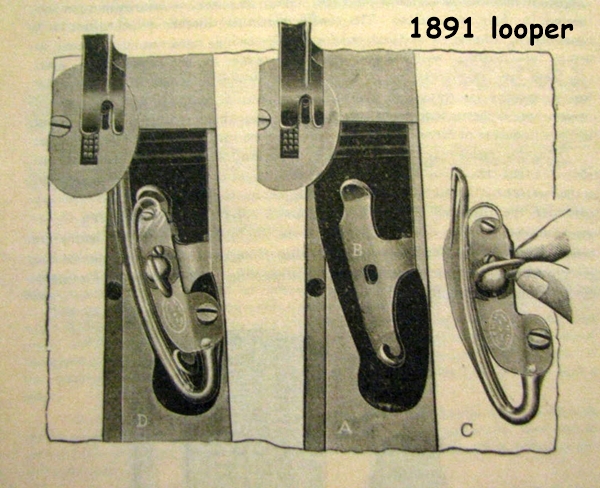 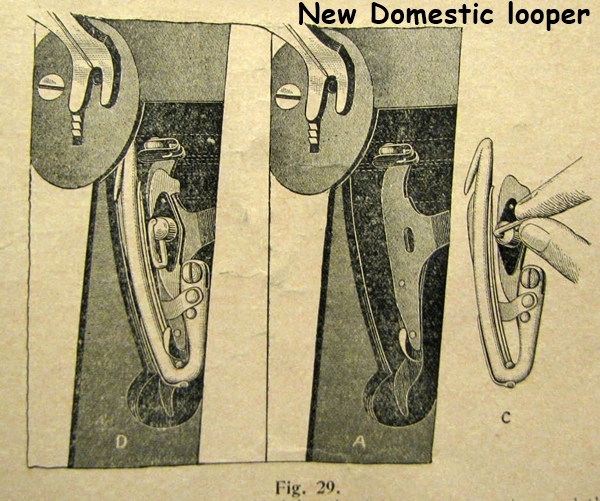 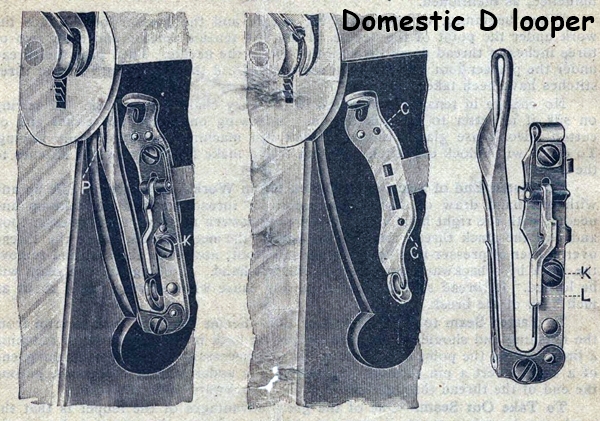 Here are pages from instruction manuals describing how to use the loopers.

Here are photos of six loopers in my collection. Over the years there were subtle variations within each version, so you may find a looper isn't an exact match with any of these. Note that none of them exactly match the 1891 manual, so I am still looking for that one. If anyone has that looper or any others I don't have represented and can provide photos in a format similar to the ones below, I would greatly appreciate it! 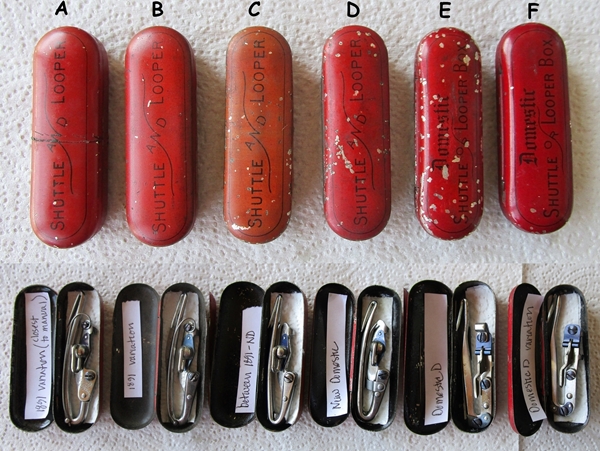 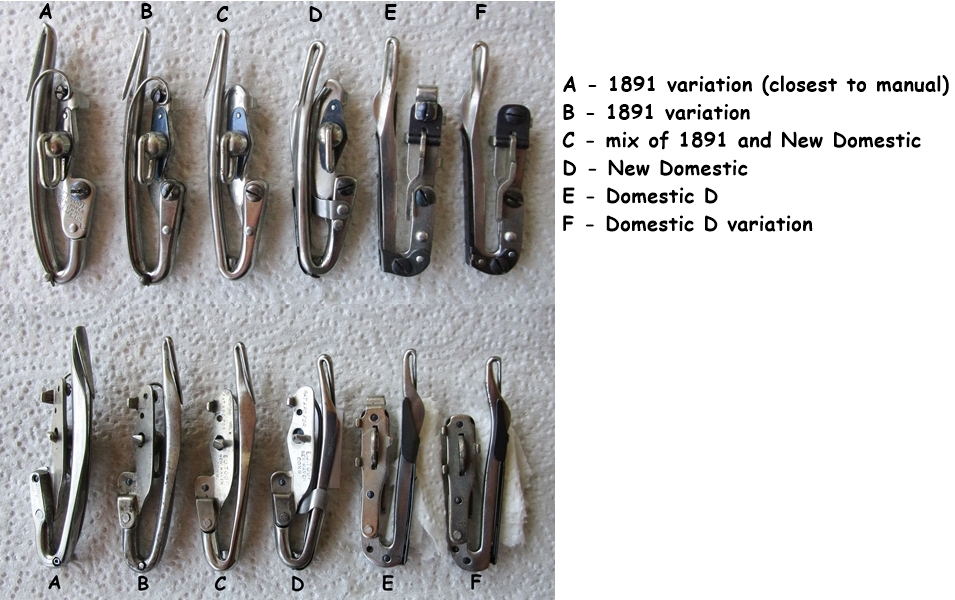 This photo points out the differences between versions. Larger view 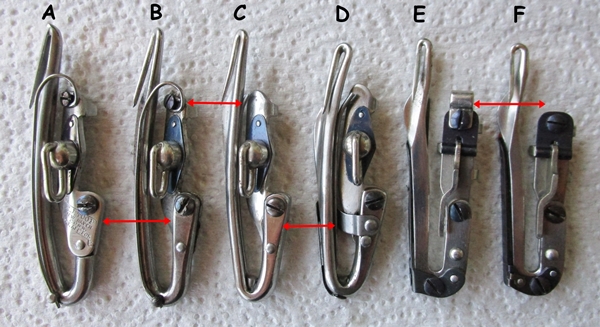 You need a chain stitch needle plate to successfully chainstitch. It has a grove in front of the needle hole on the underside. This is described in the manuals here.

These are photos of a Domestic D chainstitch plate. 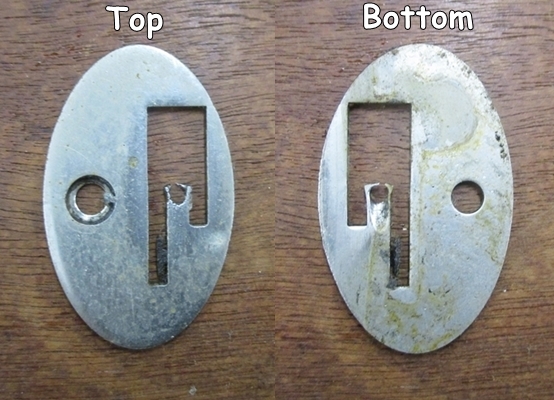 It may be possible to grind a groove in a regular needle plate if you can't find a chainstitch needle plate.

The buttonhole worker was introduced in 1891. I found one ad that advertised the Domestic as three machines in one with the addition of this attachment.


This is another version with an "eyelet-end outfit" for use with the buttonhole worker. All photos courtesy of Pam in ME.

The Automatic Etching Foot is for doing "Kensington work" which is an embroidery stitch for filling in an embroidery design. It is a hopping free-motion foot similar to those used today on modern sewing machines.

I have never seen one of these in person and would love to get my hands on one. If anyone has one and could share photos, that would be most appreciated. 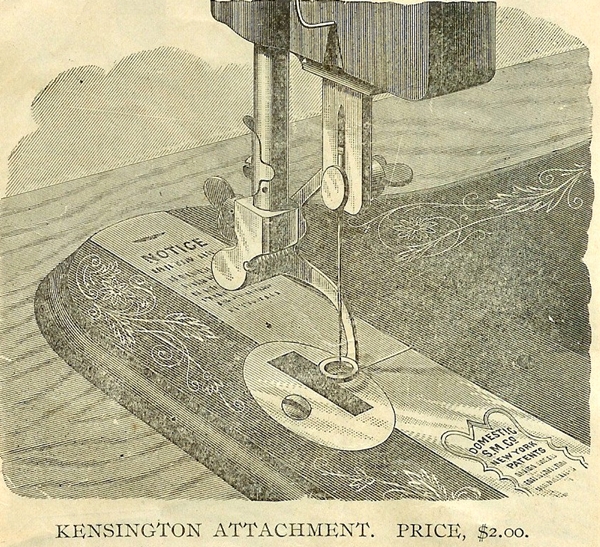 There were at least two versions of the Domestic two thread embroidering foot.

The early embroiderer is shown in this 1872 manual: 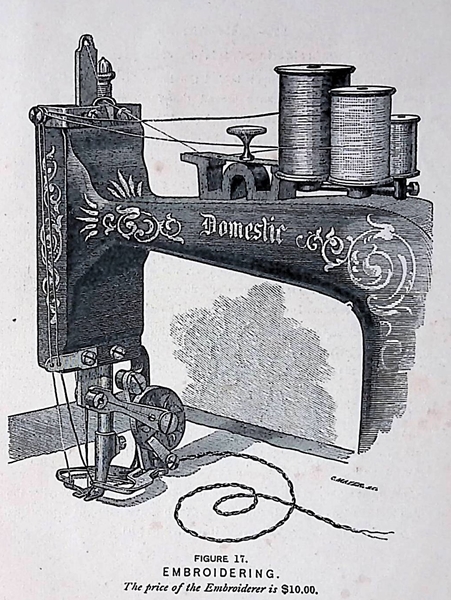 Here is an example of this Domestic embroiderer. Photos courtesy of Scott S. 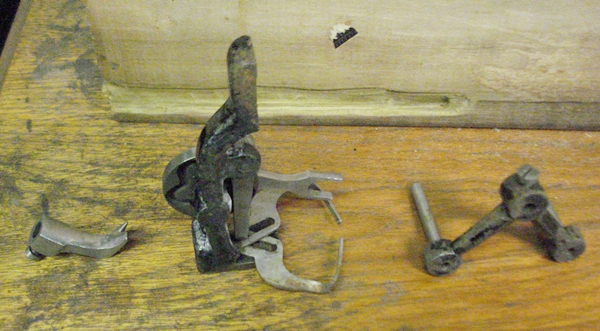 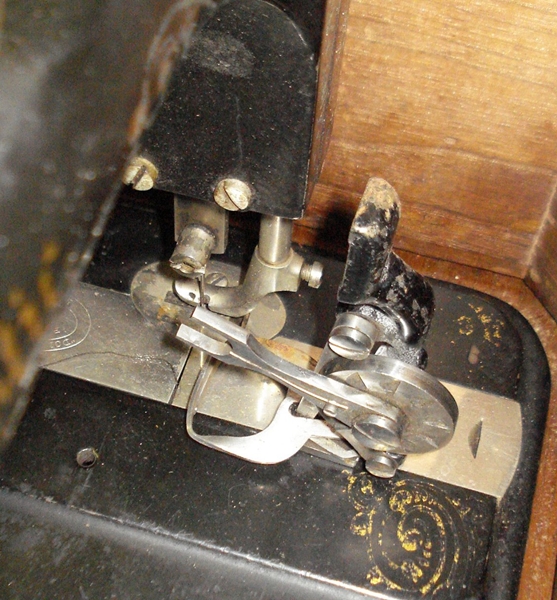 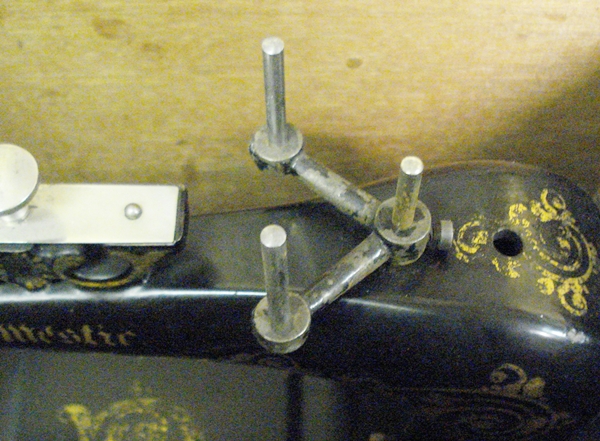 The later double thread embroidering foot is shown in this Domestic instruction manual from the early 1880s (page 43). 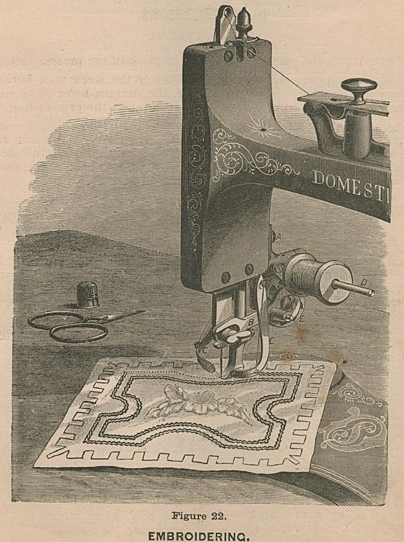 This version is shown here, missing the spool holders. 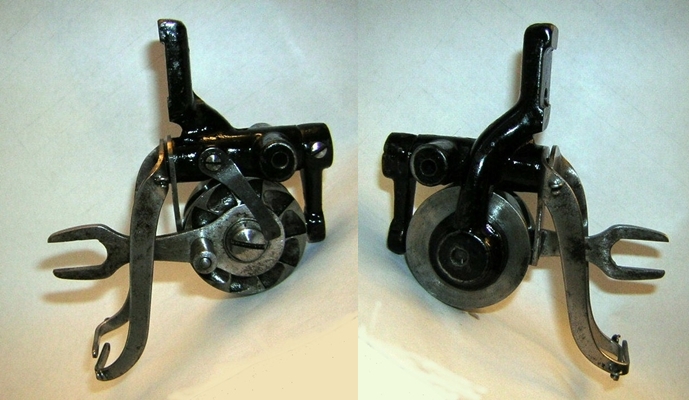 This embroidery foot was found in a treadle cabinet drawer. I have never seen it in any ads or manuals. The box is marked DOMESTIC EMBROIDERER No 2. The attachment is marked PAT.OCT.26.1880 "DOMESTIC" S.M.CO. MAKER and E.J.TOOF NEW HAVEN.CONN. This may be the patent, but it is not exactly the same design and it does not list either Domestic or Toof as assignees: US Patent 233767. 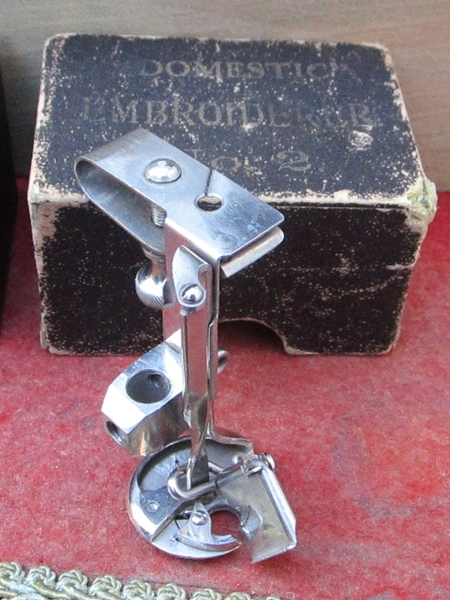 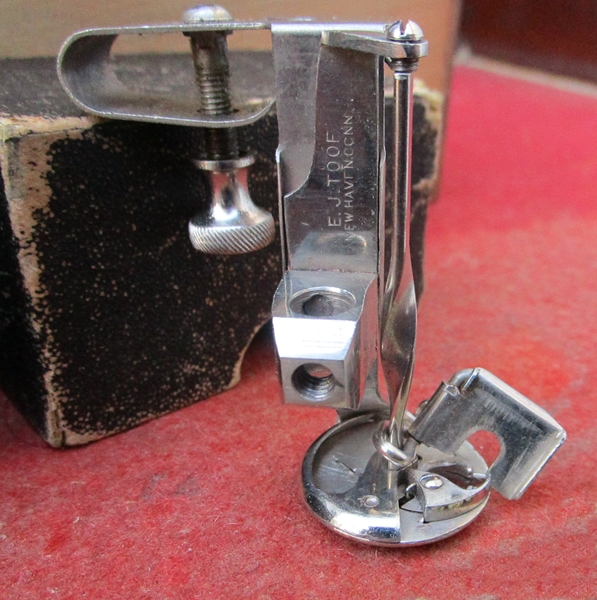 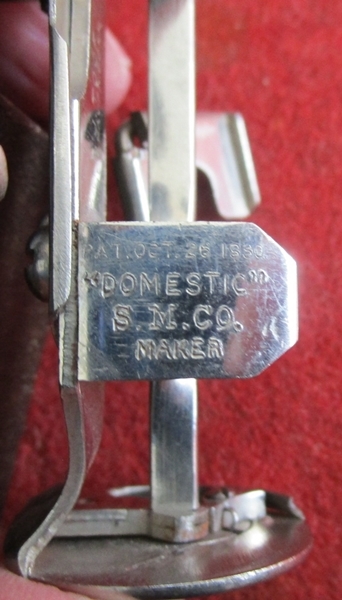