This machine is circa mid to late 1890s. It has the later style rectangular bed machine but it still has the coffin top and "Demorest" cast into the irons. The center cabinet drawer is split and swings out in opposite directions. This is a later style cabinet than the ones shown in an 1892 ad, and is shown in later ads which also feature drop down cabinets. 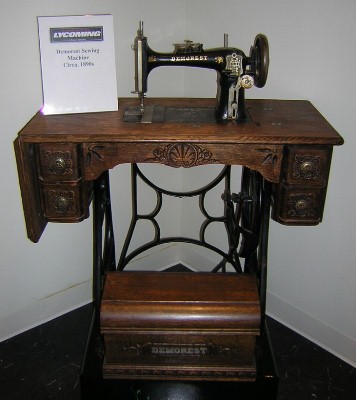 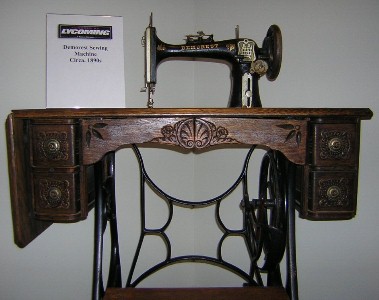 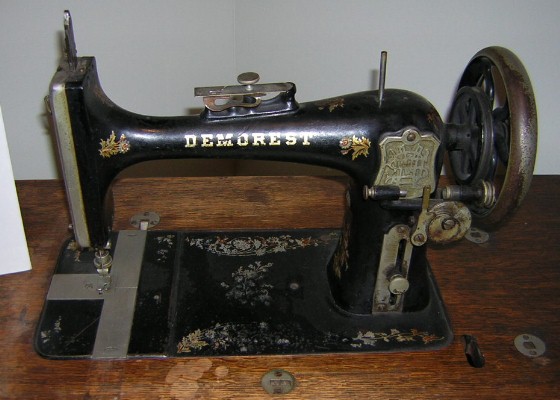 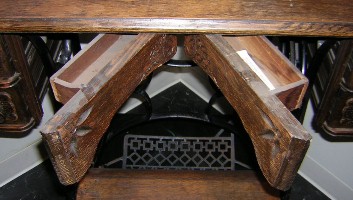 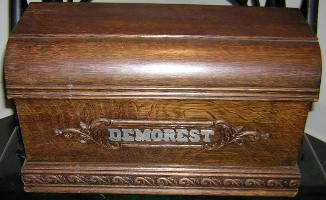 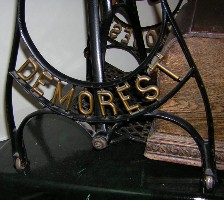